Behind every champion is a trainer and behind every trainer is a story. Mark “The Hyena” Beecher” grew up like any other kid, watching TV and wanting to be like his TV heroes. Growing up in Hawaii he would watch Kung Fu theater and Muay Thai. He didn’t completely understand what Muay Thai was, but he was hooked on it ever since he first laid his eyes on it.

It isn’t often kids actually get to become their TV heroes; most kids watch TV while growing up and are filled with unreal expectations..Mark got hooked on Muay Thai, making it and combat sports his life.

Beecher’s passion was fighting, win or lose. He wanted to go out and put on a show, but the reality took a toll on his body. Mentally you feel ready, but your body tells you no. As much as Beecher remembers what he loved about the sport he also remembers what he didn’t.

“My favorite part was just doing it. Winning or losing didn’t matter as long as you fought hard — and I hold my students up to the same motto” said Beecher. “Worst part, shit man, when you know your body can’t take the beating anymore, but your better than the guys you’re fighting.”

If saying goodbye is the hardest thing to do, then stepping away from the sport was gut wrenching for Mark Beecher. It’s not about wanting to say goodbye, it’s about knowing when to say goodbye. Despite having the desire to fight, getting hit for a living was taking a toll on him. After suffering three consecutive losses for the first time in his career he decided to step away from competition.

“I couldn’t take getting hit anymore… this still hurts me mentally as I still have the desire to fight … maybe one or two more eh??” said Beecher. “Plus, I said if I ever lost 3 in a row I would quit, and after about 10 years it finally happened … damn.”

By the time he decided to step away, Beecher had been coaching and fighting. Becoming a full time trainer was a natural fit, although Beecher has a warning for anyone out there that thinks coaching and fighting are simple tasks. “It’s one of the hardest things ever to do both”. Being a fighter doesn’t mean you will have success as a trainer, teaching is not something everyone can do well. You see it in other sports continuously: a retired player who was in the upper echelon decides to try his hand at coaching and after a season they get fired because they aren’t very good coaches. Beecher’s key to success is that he adapts and doesn’t try to configure a new style for the fighters he trains. 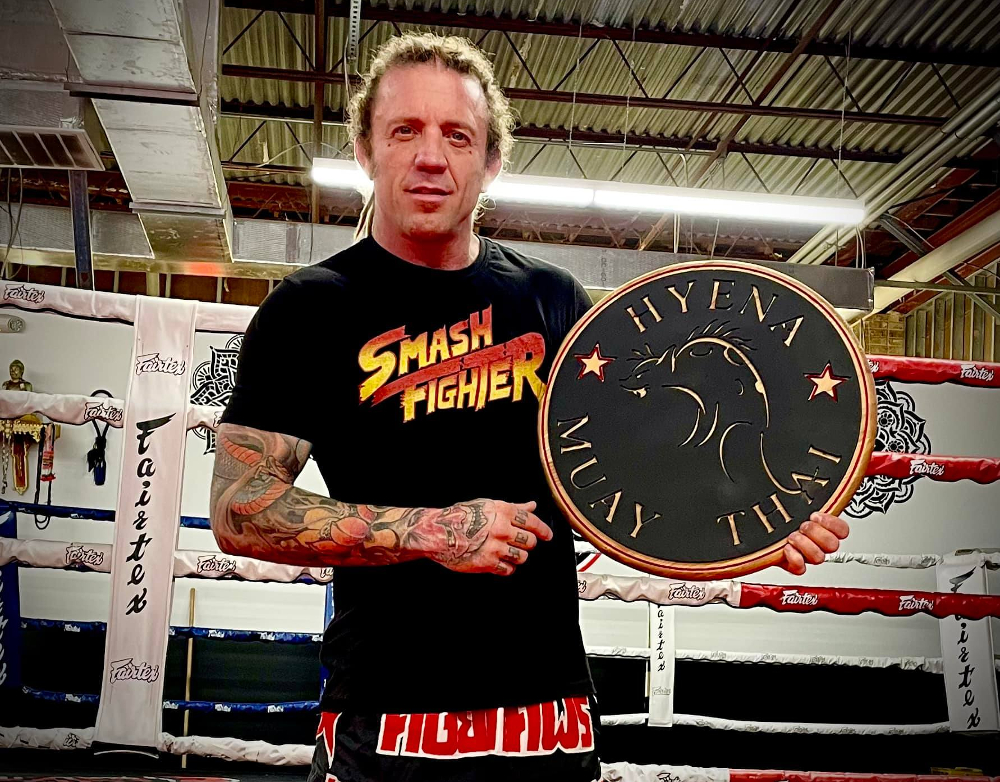 “I think it’s my ability to adapt, I don’t teach them new stuff (well sometimes),” said Beecher. “I mostly enhance what they are already good at, I don’t change a fighter to fight like I want ’em to, I just want them to win.”

“I just sharpen Kevin up, show him my tricks he shows me his tricks, we get together and see what his game plan is and try to put that into pad work” said Beecher. “Then we spar and he beats the shit outta me ….. bastard…. I hit him back though yeaaaa watch yo ass man !!”

It’s that kind of spirit that keeps Beecher with the desire of coming out of retirement to compete once or twice more. If you have never had the chance to speak with Mark Beecher, you have to take the time whenever the opportunity presents itself. Entertaining is an understatement — in his own words, “I’m a little crazy”.

Despite having multiple champions in many of the world’s top promotions for Muay Thai and MMA, Beecher knows that as a coach many times you don’t get the recognition you deserve. You have to be willing to step aside and sit in the shadows until the attention is brought upon you. It is hard to do when there are other coaches getting the recognition, but for Beecher it is about his guys winning. The hard part doesn’t come because there is no recognition; making a sacrifice for what he loves sometimes does.

“Sometimes it hurts me, but to know my guys are winning is what counts to me. I hide from the cameras; I dont care,” said Beecher. “The reason it hurts is I have trained fighters to win almost EVERY championship there is: UFC, M-1, I have 5 WBC Muay Thai champs, IFL and more, but sometimes I don’t have gas money … that’s what hurts man .”

For Mark Beecher Muay Thai was never about fame or riches. It was something he loved as a child and something that became his life. Most people want to be remembered as champions or as one of the best. Mark Beecher wants to be remembered for giving. “I’ll help you win and not expect anything in return but happiness,” is what Beecher lives by. There is no book deal on how to train, no endorsement deal in the works; there’s only your dream and how he can help you achieve it.

Some of the Areas We Serve:

Get Ready To Train With The Best At Hyena Muay Thai!